What was your first and second purchase after you created your startup?

If you said anything else other than ‘expenses related to building a mock up’ and ‘testing ads’, you are thinking from the wrong perspective. If these aren’t your first purchases, you are at risk from losing a lot of money in the future (not just your own, but investor’s money as well).

If you are easily offended, like to stay in your way of thinking, or close yourself off to anything different, stop reading now and close this article!

This is why so many fail.

Even the most experienced and senior people know they can’t trust their ideas alone. They know ideas are cheap, realisation is expensive, that is the hard part. If you don’t do the research upfront and you jump head-on into building your product, you will pay the price later and it will become a very expensive journey for you.

It’s Your Ego that Is the Issue

The most dangerous are the young guns who are very driven but have only around 12 months of experience.

Because when you have minor success and get slightly good at something, you have only grasped the surface, but don’t realise this until later. You are only working on the surface level, but you feel like you’ve already made it.

That’s why it’s easy to fool yourself and build a big ego, just like I did when I was 20.

At that moment, you don’t realise that it’s a small experience. What you feel is a huge success comes from living in a very small pond, so it’s easy to slip into feeling entitled, and to see yourself as the big fish. (Quick note: This is why I always recommend exposing yourself to different situations, travelling often and making steps outside of your comfort zone like our startups have to do in week 1 of the acceleration program).

There is a simple way to test your ideas. The funny (or rather, sad) thing is that most people are so ego driven that they never bother testing anything, they just go ahead and do it.

Believing your idea is amazing and that it will make you billions is the quickest way to fail and probably the easiest way to bankruptcy.

If you believe in something a lot, you will convince a lot of people about it. Employees might be convinced to work partly for free, some angel investor will be convinced to give you money and maybe you’ll even gain one or two clients. This will only serve as another argument for why your idea was so amazing in the first place. But it will also leave you wondering why are you still struggling 5 years later.

Gaining an investor isn’t really a ‘win’ either. If you burn their money (average startup success rate is around 1/12) and don’t do anything that produces value, it will be a very stressful situation for you from the first hurdle!

On the other hand, building a cash-flow-positive business, with a trusted brand that is known in your niche and gains returning visitors, will create a community around your vision, and that is a huge win. Slow and steady wins the race, and will build a stronger foundation for good business, with a high market value and big chance of surviving any changes in the economy.

Sadly, if your product (or worse, your skill-level) sucks, then throwing a bunch of money on it is like adding gasoline to the fire.

You cannot solve a bad business model with more money.

The Beauty of a Blind Sale

Last time I built something based on ideas alone it cost me $300,000 of my own money and it wasn’t a pleasant journey, especially at the end when I had to pay employees with my personal money.

If you’ve read this far and even through the first part about ego and actually didn’t close the article, it bodes well for your chances of building a solid product. It means you are an individual who is willing to listen to feedback and you are most likely open to making changes in your approach. So as a thank you, I’m going to lay the solution down for you below.

(Seriously, most people won’t read this far, so congrats!)

The solution is easy when broken down into steps.

1. Stop trying to change the world day one.

3. Try to sell something that doesn’t yet exist.

5. Learn to love the phases other people hate.

And there is a bunch of ways to do that.

First of all, at this stage you should definitely have a lean canvas and a value proposition canvas created. If you don’t know what that is, Google it and watch some YouTube videos. Don’t even move on to anything else until you’ve done that.

Second of all, when you have the canvas in place and you know who are you going after and why, it’s time for the testing phase. Just FYI everyone hates this stage, so to be a winner, you need to find a way to either love it or at least tolerate it. At any moment, if you learn to love the phases that most people hate, you are going to be unstoppable.

Testing is everything – Blind Side Testing

The best way to test something is to create a mock up and act as if you already have the product to see if you can sell something that doesn’t yet exist.

That is called the blind sale. You sell something you don’t have yet. It’s very similar to crowdfunding in a way, because most products on there have never existed outside the founder’s head. They just create very nice videos, pictures and show it to you in a way that makes you want to buy it.

You show commitment by giving them money upfront, then the the company decides to either build it or give you the money back.

In reality you actually need a good amount of money to start with, before running a campaign on crowdfunding platforms and a strong marketing expert or team, but that’s for another day.

The crowdfunding demonstrates exactly this concept – you go out and sell it first to see how much commitment you get and then build and deliver it. 99% of startups get this wrong.

Not only do you not need the product in order to start selling, but you shouldn’t even develop it until you get some commitment from the market.

Even if all you do is print screenshots of your new app and approach potential customers, ask them “Hey, we are developing this new thing, how do you like it?” and most importantly “How much would you pay for it today?” Most people will stop at asking their mother if she likes the idea and then throw 200k on building it. WTF?

Instead of asking your mom, create designs or mock ups and make it look like it’s final (based on the needs you solve, which you should be crystal clear on in your lean canvas). Which leads us on to the next step…

Validate your idea, specifically within its niche

Based on your product or market, make a list of 50 people within your target niche (typical for B2B products) and see the response. Ideally try to get a meeting with them but, if not, at least a video call will do.

They will tell you (if they are qualified to do so) what you need to work on, or add, for them to be happy. Always ask them how much would they pay for it too.

Remember to collect a big enough sample. Don’t ever make assumptions with just one prospect.

If you are in the B2C segment, you can still talk to people one on one, but that won’t be very effective. Instead, it’s a good idea to create a sales page and start driving traffic to it.

With ads it’s important to realise that you rarely get twice what you put in, that’s the wrong mindset to approach it will. Instead, approach it from the perspective: “I’m buying data that I can use to improve my ads, marketing communication, product changes and my business.”

Just sell whatever you can, then give people their money back. Tell them they get one year for free when you roll out the product as a thank you for helping them without knowing (you kind of tricked them there, so be nice).

If you could save two years of wasted time or buy back two years, would you? I hope it’s a ‘yes’.

Next time you have an idea, take a step back before you devote two years of hard core development and spending a bunch of money on it.

These are some of the tactics we teach at our startup accelerator. If you are interested in some in-depth strategies, on how to validate your ideas, pivot existing products, or how to raise money in a win win deal, even if you don’t have any clients or even finished product, then join our newsletter below.

Something I’m going to write about in the future is how to test your ideas quickly and effectively, to better determine where to put your precious time and resources.

If you’d like to learn better ways to validate your business ideas, know where to put money and when to pivot, would you be interested in hearing more? What would you like to learn more about exactly? Let me know in the comments.

Soulmates Ventures is a green investing accelerator designed for your growth with a strong focus on the global economy and social impact, inspired by the innovation from hundreds of startup companies at the intersection of world-class technology and environmental sustainability. 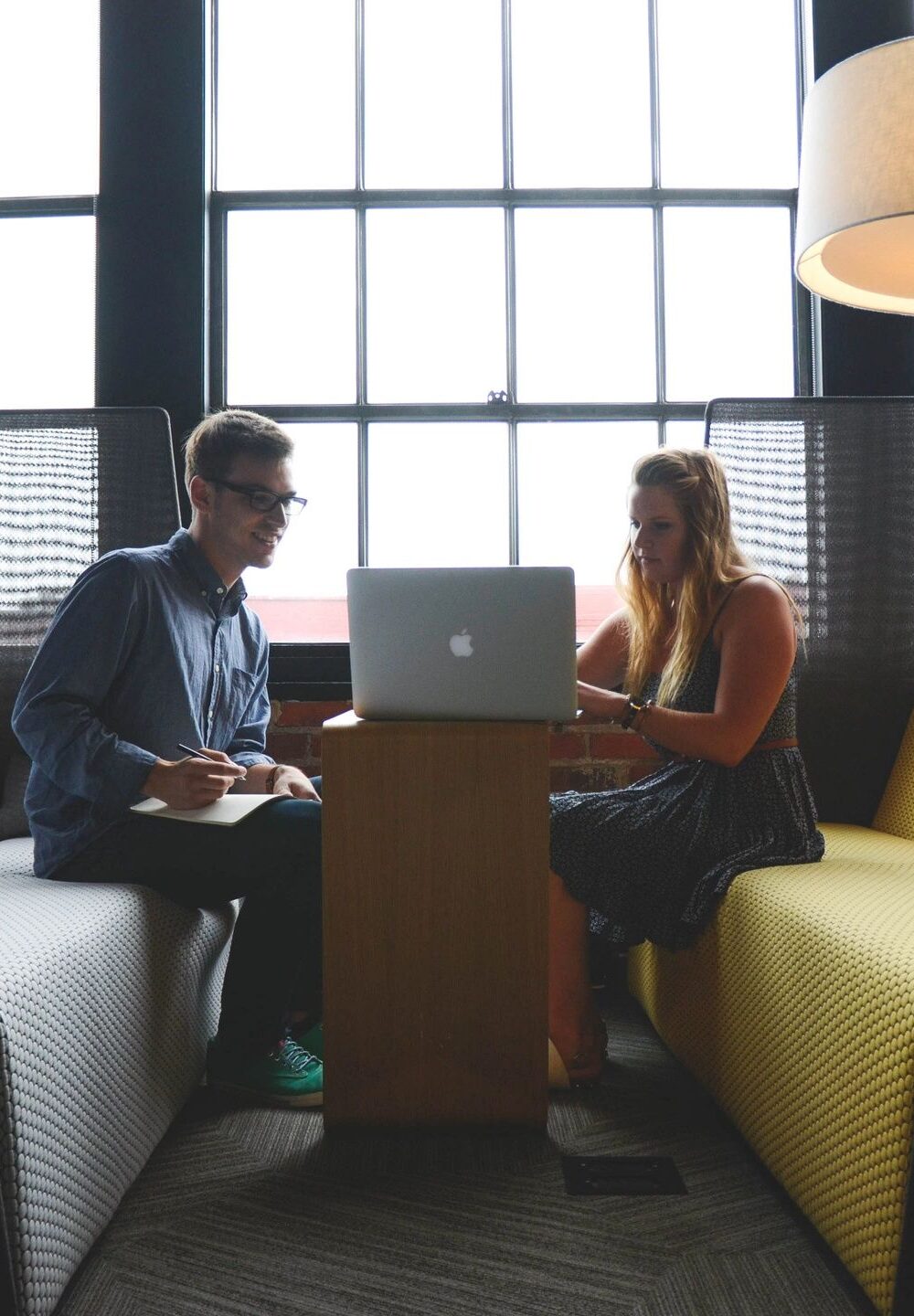